Zakaria Ben Brahim comes from a family of musicians. His father the late Abdel Hamid Ben Brahim was a famous composer, conductor and flutist.  At a very early age, Zak started learning violin and Music theory at the main concervatoir in Rabat Morocco. Throughout his life, Zak witnessed an intense activity at home where famous artists and growing talents were attending for different projects with his dad. As a teenager, Zak had already developed his unique style of play. He absorbed so much from many famous musicians, performers, composers and arrangers. His first job was at the age of 17 years old as a full time musician in a duo with his brother. They played acoustic violin and guitar at Hyatt Regency Rabat. They also performed at many different events, galas and venues in the capital and Casablanca.

Thirsty for more,  Zak built up more experience playing in wide variety of events in Rabat theatre. Notably at club Equestre, he had the honour to play in front of a highly respected royalty princess Lalla Meryem. He also had the privilege to perform for the World Islamic Economic Forum (WIEF) event at Excel London where Prince Charles was hosting VIP’s from all over the world.Experienced playing in different galas, playing Oud and violin in venues.

Zak performed with many famous artist and singers such as Nancy Ajram, Assi Hallani, Ayman Zbib, Amer Zayan, Nathir Al atat and others. He was also invited to perform as a guest at Al Jazeera Live for a Eid event. He developed lot of experience playing in different events and galas, playing Oud in events and venues. 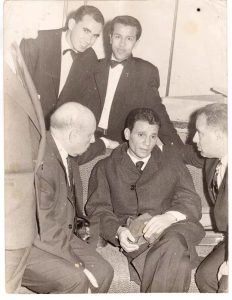 Please forward any enquiries to : info@vesatileperformer.com
Alternatively fill in  the form blow for any information you may require.